The Launch And Growth Of Google+ [INFOGRAPHIC]

Everybody is talking about Google+. Every blogger is writing about it. And every Google+ fan is raving about it. This new social networking site already has 20 million+ users in a short period of time and its popularity is skyrocketing ever since. Some Facebook users have even ‘moved’ to Google plus. Is it just the initial curiosity which will later fade? Or is it going to be the next big thing? Only time will tell. For now, here’s an infographic which shows its extraordinary growth since its launch one month ago. 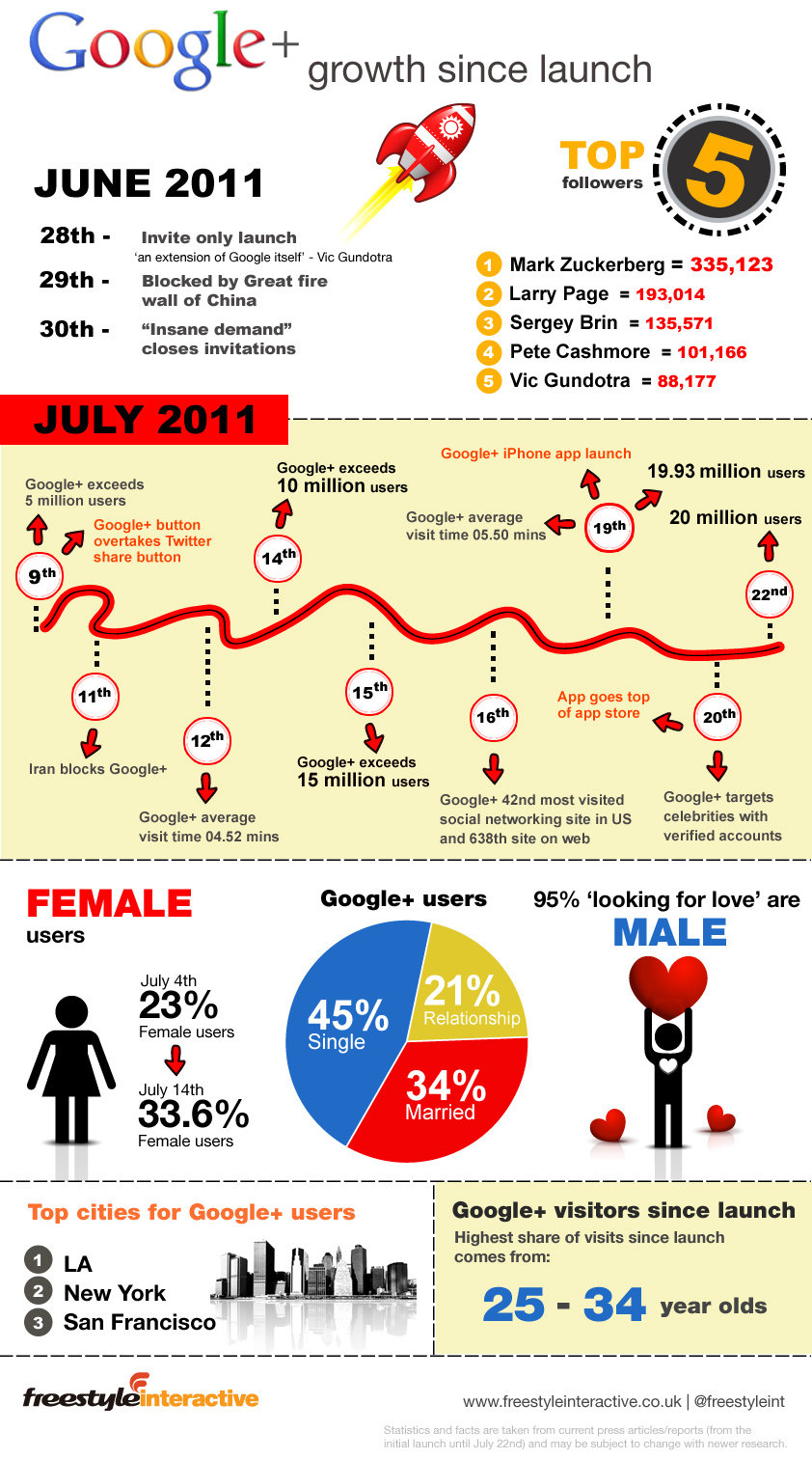 For more Google+ infographics, check out this article on Tech18.com > 5 Must Read Google+ Infographics