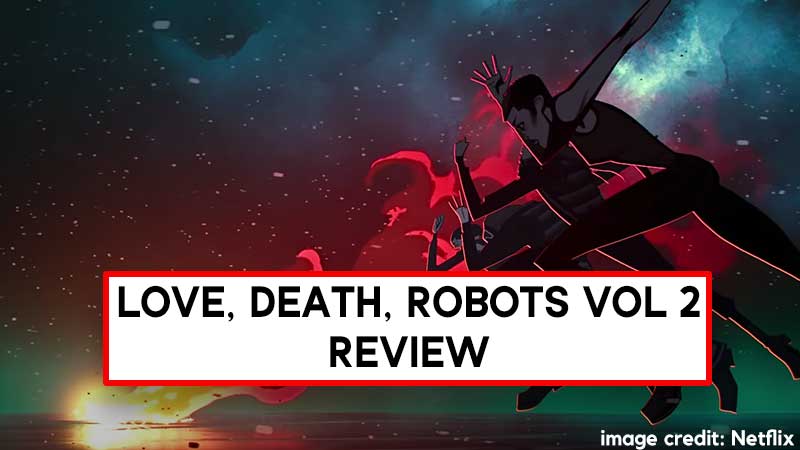 If you’ve been eagerly waiting for Love, Death & Robots Volume 2 ever since its announcement (like me), it’s finally here! It’s a shorter anthology this time with only 8 episodes as opposed to 18 in the previous season. It’s dark, strange and uncomfortable in some places, which is exactly what I expect from this series. Now, if you’ve already watched it or are planning to watch it, here’s my Love, Death & Robots Season 2 review where I share my thoughts about this amazing animated show.

The 8 episodes in Love, Death & Robots Season 2 are:

The show promises Love, Death & Robots but a few episodes didn’t really have it all. But that’s okay if the stories are amazing, which unfortunately is not the case here. While watching S2, I ended up comparing the stories to those in Volume 1 which were poignant and thought-provoking. They made you think for days or even weeks after you have finished watching them all. The stories elevated the animation even more, which was groundbreaking in itself.

This time around, the animation is even more awesome. The photorealism in Snow in the Desert and Life Hutch was surprising to the extent that I had to google if these episodes were live action or really animated. Kudos to the animation studios and teams, brilliant work! This is surely going to be a stepping stone to having more photorealistic animated movies in the future and I cannot wait to see them on the big screen.

Stories and concept wise, though, volume 2 could have been much more…daring. Automated Customer Service and Life Hutch follow very similar scenarios where the helper bot turns evil. It gets repetitive when you reach the Life Hutch episode and end up having the same feeling of ‘Will the character survive?’ The maintenance robot in Life Hutch will remind you of the Boston Dynamics Robot Dog but personally, I think the story in Black Mirror’s Metalhead was done better. Seeing a super realistic Michael B. Jordan was a lot of fun, though.

The Tall Grass has no arc as such and there are no robots as well. It was also quite predictable. Ice has incredible animation and art style but the concept was a bit too thin in my opinion.

From a creative writer’s perspective, the runtimes of these episodes are pretty short which is a challenge for the writers. It is indeed tough to connect with the audience and provide a feeling of closure within a span of 15 minutes. But, interestingly, the shortest film in this series (7 minutes long) managed to do it for me and that is All Through The House.

All Through The House is about a brother and sister who hear a sound on Christmas Eve. Hoping and assuming it’s Santa, they go downstairs for a not-so-good surprise. I won’t spoil it if you haven’t seen it yet, but I loved the impact the reveal had on me. I was genuinely terrified for the kids. This is a super unique take on Santa that I couldn’t have come up with myself.

Another one that had an impact on me was Pop Squad. The concept is heartbreaking and unsettling but in 18 minutes, the main character goes through a transformation that is well-depicted. It goes without saying that the animation in this one is top notch as well.

Snow in the Desert has some twists that I enjoyed and again, I cannot get enough of the photorealism in it.

Lastly, The Drowned Giant had an unique take on life, death and everything in between and after. The choice to go with narration was a great one and that is what made the most impact. Nothing really ‘happens’ in this story but a lot does happen. It will make you think about existence and how time makes everything fade away.

Overall, Love, Death & Robots Season 2 absolutely kills it in the animation department. It deserves all the awards. Anyone who is planning to study graphics, art, animation or anything related to it must watch and study the episodes of this series to understand how to do it best. Yes, the CGI is that out of this world.

But I am let down by most of the stories because they could’ve shown a lot more variety. Love, Death and Robots are three huge concepts which can have a lot more wicked surprises and terrifying robotic creatures. If there’s a season 3, I hope the storylines take things up a notch because the animation level is already up there.

Should you Watch It?

You should give it a watch to see how amazing the visuals and graphics are. But if you jump in without high expectations for the stories and without comparing them with the previous season, the ride will be more enjoyable. 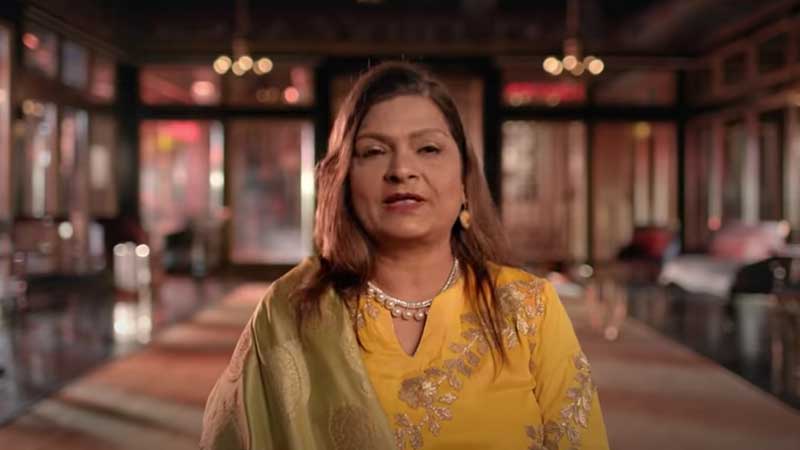 Indian Matchmaking on Netflix Review – To Watch Or Not?