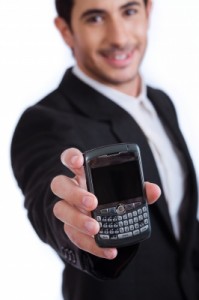 I’m thrilled to present yet another guest post on The Nicky Blog! This piece is written by Lionel Faleiro aka @sandmaxprime who loves all things technology. More about the author at the end of the post. Enjoy! 🙂

There was a time when the blackberry mobile device was only a device utilized by the business class, but that has changed in the past few years. These days the young crowd have a blackberry. Social networks also have grown by leaps and bounds forming networks like Facebook, Twitter, Flickr, Foursquare and more. To interact with the myriad of different networks, mobile users need to install separate applications for each network. As a result, this lead to users having to switch between applications and consumption of memory.

Blackberry users now have hope in this issue through the development of an app called SocialScope. 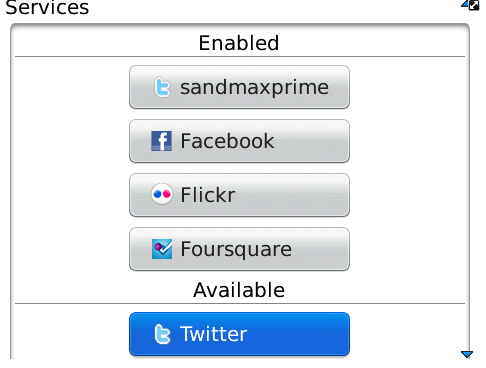 2.    Tab Management: Each network update stream is displayed as a tab and you can add more tabs for Twitter items such as Twitter-Lists, Twitter Search. 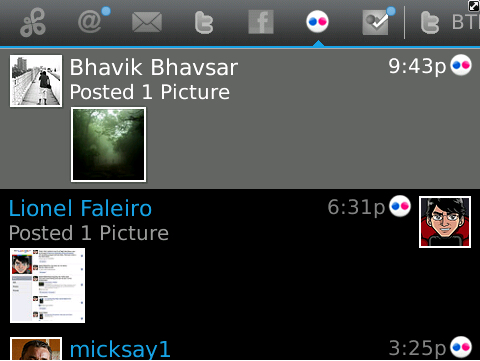 3.    Checkins: Social Scope also supports Foursquare and allows you to checkin to locations and post the checkin information to Facebook/Twitter 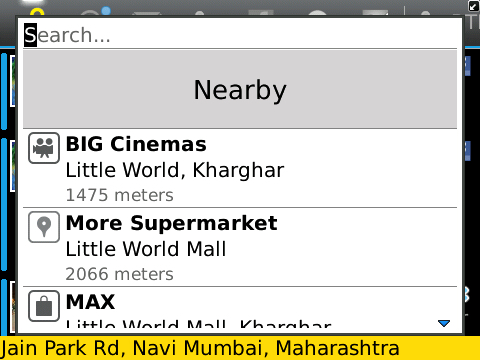 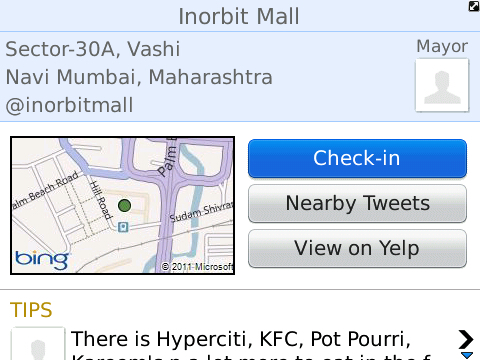 4.    Drafts: Ability to save drafts of messages for sending later. 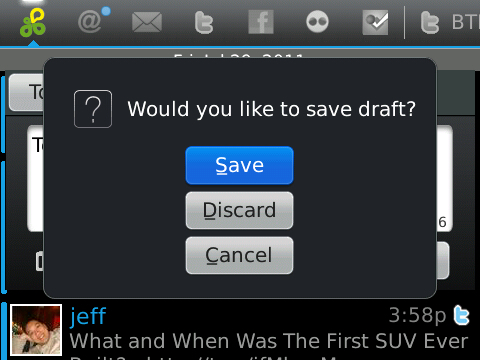 5.    Tweet Expansion / Shortening: If you are composing a tweet and it goes above 140 characters, it will ask to send the message shortened via TwitLonger. Similarly if the tweet you are reading was shortened by Twitlonger/ Tweetdeck, it will automatically expand it in the view so you need not click and browse the link. 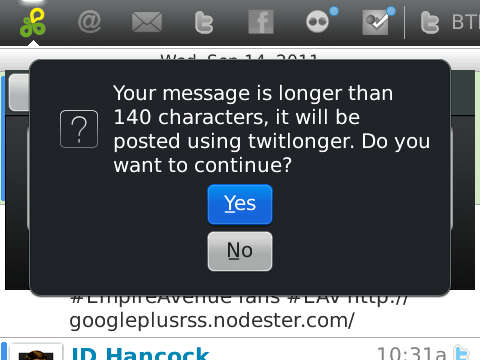 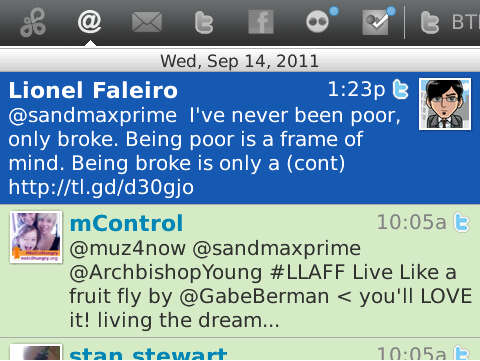 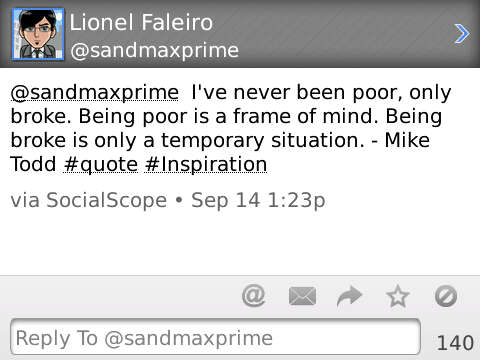 6.    Themes:  Allows the user to change the themes to any of the preset App themes.

7.    Blackberry Integration: You can set SocialScope up to display your Twitter DM’s / Facebook Messages in your Blackberry Messages App. It also allows you to quick post / checkin , from within any application thru the Blackberry Menu. 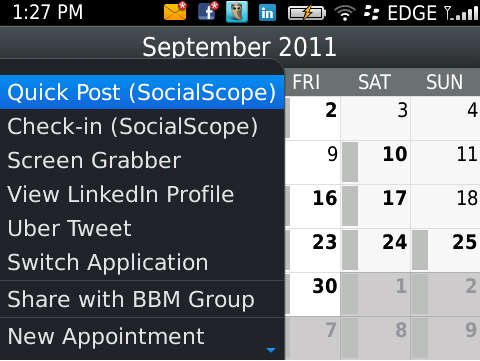 8.    Simultaneous Photo Uploads:  If you are posting a photo update to both Twitter and Facebook, it will upload the picture to your desired twitter photo host and upload the same image into your Facebook “Mobile Uploads” folder.

9.    Hashtag & Username Autocompletion: During message composition, pressing the @ will bring down the Username list (Your entire FB and Twitter Contacts) and # will bring up a list of hash tags you have used previously. 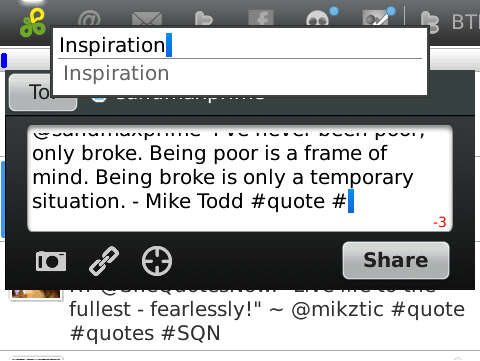 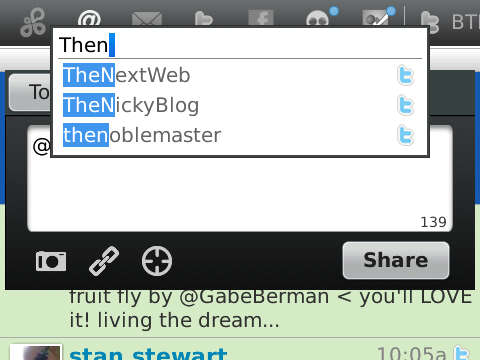 @Tashamiel says “ It’s user friendly. You can have two twitter accounts in one page. Integrates with FB and 4square. Linked to Viigo. Change tabs easily.”

@ShilpaSShah says “I love it cause of the ease of usage, plus you can include all your major social networks into SocialScope. It’s one of the best and easiest social networking clients for the blackberry, and if you get your hands on it, you won’t want to use anything else!

Social scope is a free application that is currently available on Invite only basis. You can apply for the invite at www.getsocialscope.com. Do let us know your views in the comments!

Lionel is a social media and tech enthusiast who tweets great stuff consistently. He describes himself as a 23 year old optimistic  geek who loves Music, Movies, Photography, Non-Profit Charity & Technology.

Find out more about him here! http://about.me/sandmaxprime