Using Social Media for Charity : @Nisha360 is making a difference

This interview is about Nisha, a 20 year old from South Africa, and this is her story. She is working hard to do her bit and make a difference. Read on to find out how you can help her too.

1. Tell us about yourself.
My name is Nisha Varghese and I am 20-year-old woman with two siblings, a mom, a dad and Cerebral Palsy (CP) – an umbrella term encompassing a group of non-progressive, non-contagious motor conditions that cause physical disability in human development, chiefly in the various areas of body movement. As a result of having Cerebral Palsy I am unable to walk and my right-arm has reduced functionality. 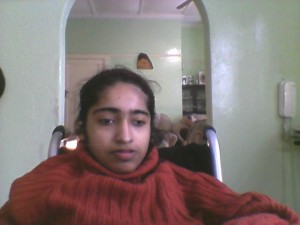 2. How did you start out in your effort to raise money for the clean water campaign?
I was watching an episode of The Oprah Winfrey on which a young girl by the name of Kendall Ciesemier was a guest. There was nothing that was outwardly extraordinary about Kendall – she had ten fingers and toes just like the rest of us – but, one day after watching an Oprah Winfrey special: on the AIDS epidemic in Africa she took all the money that she had, put it in and envelope and sent to WorldVision to ‘adopt’ an orphan and in 2007 Kendall founded an organization called Kids Caring 4 Kids – an organization which aims to raise awareness and money for AIDS orphans and other highly venerable kids in Africa and to inspire kids to care for others in need – which she certainly did. Kendall through her selfless acts reflected to me how great I could me if I could just stop thinking that the world owed me something and in that spirit I created my Clean Water For All Campaign.

3. Tell us more about the clean water campaign.
My campaign began on on the 5th March 2010 and ends on the 5th March 2012 – and has the following objectives: 1. To raise $6 500 for The Water Project – an organization that provides clean water to communities all over the world who suffer needlessly without it – and build a well somewhere in the world. 2. To highlight the plight of those who don’t have easy access to clean water. 3. To prove to the world that anybody can make a difference and change the world – even me: a twenty-year-old girl in a wheelchair.

4. How has social media helped you in your efforts?  Thanks to social media my campaign has gone worldwide I have received donations from places like India, Australia and Romania.

5. Who is your inspiration?
Brennan – a recently deceased ten-year-old boy – inspires me. Brennan, from Sulphur, Louisiana, suffered embryonal rhabdomyosarcoma–a rare form of cancer in which muscular tumors attach themselves to bones and even in the process of dying he inspired millions around the world to live though his Facebook page

Wishing you great success in your campaign, Nisha.