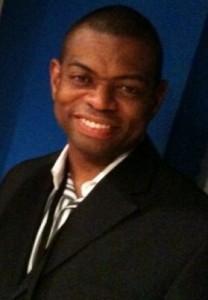 Today I’m incredibly honored to have the amazing Sean Gardner aka @2morrowknight for an interview. The super successful HuffingtonPost blogger is well known on twitter for his kindness and good deeds. With almost 198,889+ followers, he’s indeed a twitter celebrity. This interview is about social media, life and everything in between. Here are some of the Q&A’s I had with him:

2K:  I came across twitter in 2007, during the United States Presidential Campaign. Lots of politicians, and even some of my friends, started using it, and it had lots of buzz. But I didn’t join until January 29th of 2009.

2. How has Social media – mainly twitter — impacted your life?

2K: It has been everything I have expected, and then some. People use social media for different reasons. I use it to meet great people, and to promote my online work. Connecting with people all over the world is one of the most amazing things. Exchanging ideas with the student in India and the business owner in South Africa. Co-writing blogposts with the world traveler in England and the artist in Argentina. I am so grateful for the positive people I’ve met worldwide.

3. How do you think Social media will look like, in the next 25 years?

2K:  That’s hard to say. Social media evolves so quickly that you have to stay on top of the changes. But I agree with those who say that that in the near future, the internet will be more eco-friendly and that cloud computing will become an even bigger business. This will certainly affect social media in profound ways.

4.  How do you deal with people who try to bring you down?

2K: I generally ignore them. There is an old saying, “when people don’t see your value and essence, remove them from your presence.” I agree with that. We don’t have to agree on every issue, but if you’re not giving me the respect that I’m giving you, why am I talking with you, following and listing you on social media sites? Put distance between yourself and the people who mean you harm and want you to fail. Get rid of the people who want you to crawl, and seek out the people who want you to soar!

5.  What would be your advice to people who want to achieve success? What is your success mantra?

2K: An Irish poet once stated, “in dreams begin responsibility.” I agree. All of us have dreams of success and accomplishment. And it is our job, our responsibility to work at making them a reality. Never stop trying to make a difference. Every living people is influential in some way because there are things we all do that someone in the world values. So don’t stay on the sidelines. Jump in the game, and use your influence to make a lasting, positive impact.

2K:  My mother. She has had the most profound impact on my worldview and respect for other’s culture, my approach to problem-solving, and for the unshakable confidence I have in my abilities. I learned to appreciate the music of Carlos Santana and Help Alpert because she was such a big fan. Her love of their great music became almost poetic. But you learn to embrace so many great things by being in her presence. Words truly cannot express the amount of gratitude I feel. She’s a brilliant woman. An unmistakable thought-leader.

Thanks for your awesome answers Sean! Wishing you great success in everything you do.

And read his articles on The HuffingtonPost: http://www.Huffingtonpost.com/2morrowknight