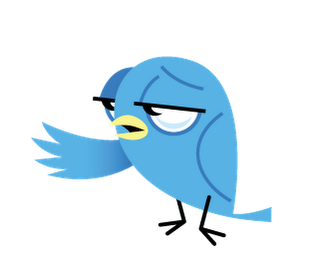 We’ve all had instances when someone politely (and sometimes, not so politely) disagreed with us on twitter. Twitter is a micro blogging site where people post everything – blog links, music, quotes and also, their opinions. And there are times when one little tweet can trigger off something massive and can break friendships too. We definitely do not want to start off a twitter argument just because someone else’s opinions differ from ours. Sometimes, it is important to avoid it and ignore. Sometimes it becomes necessary to respond to negative tweets, depending on the situation.

When someone criticizes you for your tweets and it is NOT constructive criticism. Recently, I got a really bad comment for my articles and that person was definitely someone from twitter. That person used a ton of curses and his reason was: he didn’t like what I write.
Now, I did not feel the need to reply to such a person because I think the main cause of his ‘outburst’ was plain jealousy. Since his comment had NO constructive criticism whatsoever, I chose to ignore it and delete his comment. Sadly, we cannot control what others say about us and neither can we delete others’ negative tweets about us. The best thing we can do is, stay classy and ignore it. Remember, when people hate on you, you must be doing something right.

When someone replies to your tweets saying they hate them: I don’t understand this sometimes. When you don’t like someone’s tweets, just unfollow them. It’s that simple. But some people choose to tell them that they hate their tweets. When I receive such replies, here’s what I do: I block and then unblock them. This unfollows both ways, that is, they’re no longer following you, and you’re no longer following them. No more fuss.

And when should you reply to a negative tweet?

When someone blames you for something you haven’t done.  Last year someone on twitter blamed me for starting someone’s ‘false death’  Trending Topic . I was annoyed to say the least. ANNOYED. When someone blamed me for something I DIDN’T do, I was naturally very frustrated. I didn’t ignore it. I chose to tweet him and told him why his allegations are baseless. After some time he realized that he had confused me for someone else and tweeted me by mistake and later, he apologized. See? Sometimes, replying to negative tweets helps to clear off misunderstandings. But remember to respond and not react.

When someone disagrees with you.
I’ve had a lot of people disagreeing with me on twitter and I bet you have too. But how we respond makes all the difference. Don’t reply a rude tweet with a rude tweet. It will only mark the beginning of a huge twitter fight and your mutual followers will witness it all. Even if you delete those tweets later, they will still be visible on the internet through Google. You might not want your bosses and companies to read them. If you feel that a ‘discussion’ is turning into a ‘fight’, take it to DMs/private. And try not to curse in such situations (though I know it can be difficult….). Analyze the situation, check if you’re wrong. If yes, give your apologies and don’t be afraid to apologize publicly too. Saying sorry doesn’t make you small in any way, remember that. If not, just say that you respect their opinion and that you both have different mindsets and move on. Disagree, but kindly. If everyone agreed with each other, life would be boring, right? 🙂

How have you tackled such negative tweets/comments about you? Let me know in the comments! 🙂