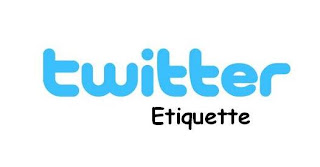 Ask : Ask questions on twitter. There’s a saying which goes “If you don’t ask, you won’t know”. If you have any doubts, feel free to ask your fellow tweeters. There are tweeters from various backgrounds having experiences in different fields of interest. Stay away from self proclaimed ‘gurus’ and ‘experts’ though. And be sure to lend help when needed as well.
Be Real : What shines through twitter is your real personality. Be Real, be you.
Connect : Engage and connect. This is one of the prime uses of twitter. Use it to the max!
Don’t be Derogatory : Don’t belittle tweeps by using harsh words, no matter where they come from, no matter how many followers they have. Everyone is equal on twitter. #justsayin
Egg. Don’t be one. Upload your own picture as an avatar! Do not keep the default as your avatar. Seriously, I don’t like to engage with eggs.
Make Friends not followers. That says it all, doesn’t it? 🙂
Give. Add your value to your twitter network.
Be Hilarious. Have you noticed that a majority of top tweets are either very funny or witty? Hilarious tweets always garner attention.
Initiate. Take part in the conversation. Don’t be shy, initiate. That’s what puts the social in social media.
Join the party: Just an extension of the above point. Social media is indeed a huge party with people from all over the world. You’re invited too, don’t forget to have fun!
Keep it coming: Tweeting less often, like once in a few months, is not how it works. You need to keep updating, make your presence felt, and keep sharing the great stuff.
Lists: Use of twitter lists makes your twitter experience much more organized. Depending on your requirements, make lists so that you don’t miss important tweets.
Make a difference : Don’t tweet just for the sake of it. Don’t just update what you’re eating, but try to make a difference. According to me, if I can make people smile with my tweets, or if people can learn something from it, I feel great. Every tweet can make a difference.
Be Nice. Enough said 🙂
Organize your tweets. If you want to schedule your tweets, keep regular intervals between them. But do not completely automate your twitter account. Organize your tweets, i.e. scheduled and real time tweets effectively.
Be Patient. Followers don’t go up overnight. Patience pays off eventually. Engage engage engage.
Don’t Quarrel: Twitter fights, clash of egos, differences of opinions do happen. But don’t let it get out of hand. After all, there’s always a classy way of handling such situations where people tweet you hateful tweets; Don’t reply to them.
Respect: If you expect respect, be the first to give it.
Stay Safe: Don’t trust people too much. Don’t reveal personal information on twitter. This great young person tweeting could be a creepy 80 year old weirdo. #YouNeverKnow
Be Trustworthy: What happens in DMs, should stay in DMs.
Use. There’s abundant information everywhere on twitter. Use it in the best ways possible.
Variety. Tweeting the same type of tweets again and again can get monotonous. Variety is the spice of life. Of twitter, as well.
Helpful for Writers. Twitter is a great platform for upcoming as well as established writers and bloggers. You came to this blog through twitter, didn’t you? 🙂
X-cel. Tweet good things. Excel in your tweets. Look for the best content around the web and share!
Be You.
Don’t lose your Zeal. Twitter can burn you out sometimes. But don’t lose your zest to tweet. Take breaks in between to get in touch with your offline life, and come back again.
Twitter is an immensely powerful medium. It is up to us how we use it to the best. Keep Tweeting
Share this article