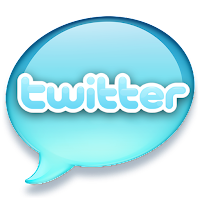 I came across a rather true tweet about twitter– “On Twitter – if you get no response, no DM, and no Favstars , it feels like you’re talking in space but no one can hear you. “
I agree.
We always read that on twitter, the thing you should do the most is engage, engage, and you guessed it, engage. But how should you engage with your followers? Don’t get me wrong, follower number does not equal influence, but follower number does matter. Confused? Let me explain.
When you have a larger twitter audience, there is definitely more scope for engagement. I have noticed that I get far more replies now, than what I did when I had lesser followers. This has been a constant source of debate. So follower number DOES matter. Or not?  What do you think?
Here are a few things I’ve done and noticed which considerably increased my enagagement and interaction with my followers, hence enhanced my Twitter experience.
P.S. I am going to overuse the word “engagement” in this post so please bear with me.  I need a thesaurus. haha!
So, back on track, how  do you engage with your followers on twitter?
1.  Tweet at the right time.
Look at your twitter home feed. When does it look like it’s totally blastin’ with tweets? I’ve observed that people tend to tweet lesser in the afternoon (according to their respective timezones). Evening seems to be the best time for interaction and engagement with your followers. According to this very informative article Pacific Standard Time 9:00am is the best time to tweet and get retweeted. Of course, these aren’t hard and fast rules, you can tweet anytime you want 😉
2. Ask Questions.
Ask opinions, have polls. There are people from all over the globe, why not take advantage of it? That’s what gives engagement it’s true meaning. Speak out 🙂
3. Tweet people who favorite and ReTweet your tweets.
You can check out favstar.fm to see who has favorited your tweets. Great way to initiate a conversation is by thanking them for doing so!
4. Be random, sometimes.
Sometimes, you just gotta let go! Why so serious? It’s just twitter. Show off your sense of humor with weird, witty tweets. Trust me, such tweets can get a LOT of response which will definitely make your twitter experience more fun!
5. Follow the right people
If you follow people who have similar likes in terms of tweets ( i.e. your twitter niche), there are higher chances of getting retweeted. Having similar interests proves as a great ice breaker. If you tweet mostly about social media information, then follow writers, bloggers, who do the same, that way you’ll be able to expand your network with like -minded people, which will help you learn a lot too. And when you find such cool people, don’t forget to add them to your lists so you don’t miss their tweets. After all, it’s who you follow, that matters. Quality over quantity.
6. Introduce people
So you know two or more tweeps who are quite similar and would hit it off well? Then don’t hesitate to recommend them to each other. It not only helps them to widen THEIR reach, it helps build YOUR network too. Twitter is all about connecting! In addition to it, it is good twitter Karma 😉
What do you think? Have you done any of the above? Are there any other ways to improve engagement on twitter? How do YOU interact with your followers? Feel free to share your thoughts 🙂
Share this article