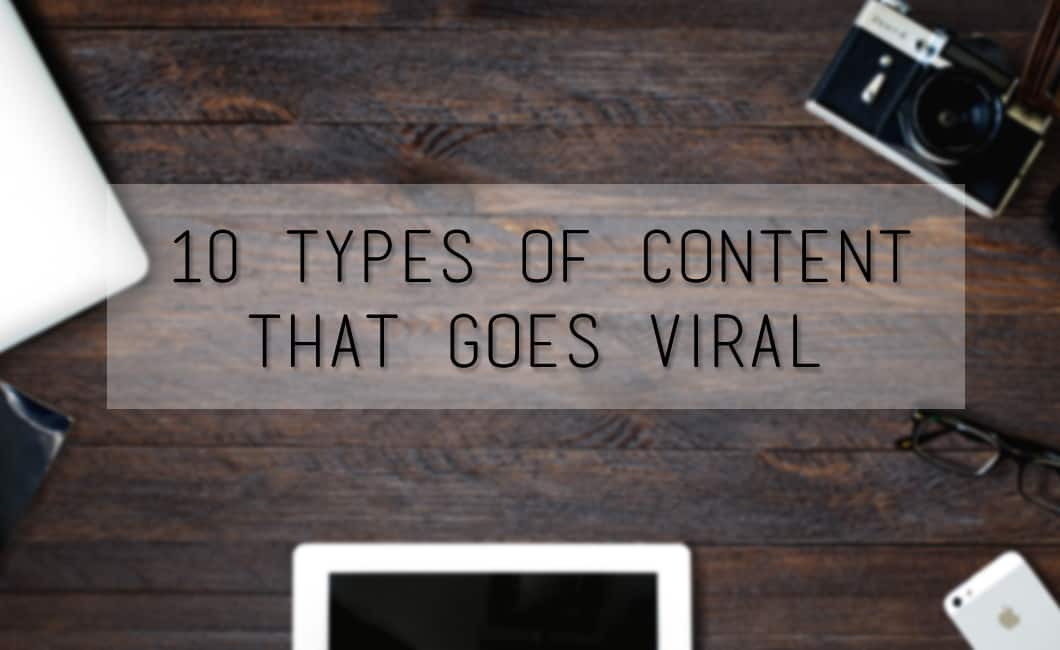 Going ‘Viral’ – it’s something that catches the attention of millions of internet users, causing it to be shared widely. It’s a huge keyword, isn’t it? Almost everybody wants their content to go viral, get noticed, even find some fame (which may or may not be fleeting).

But what exactly makes the content so viral? We’ve seen a lot of videos, articles and memes get so famous that their creators even ended up on television. Right from the very recent ‘Damn Daniel’ to the most viewed ‘Gangnam Style’, some of them might be annoying but they definitely did catch the fancy of millions.

Let’s take a look at what kind of content usually goes viral!

Make sure you have your tissues ready, because emotional content will wreck you and then make you cry like a little baby. Described as heart warming, touching and incredibly moving, these types of videos tug at your heart strings. Take the tear-jerking advertisements from Thailand for example –  they put across a good story promoting their product in some form and voila, we have a viral video.

Such types of articles and videos have a curiosity factor which when viewed, causes the audience to do one of the following things – either gasp in disgust or nod in approval. This type of video ranges from stupid to sometimes even gross. A recent video that shocked audiences was the video by Youtuber Nicole Arbour who made fun of overweight people. Although a majority of people were offended by it, some were not. It also led to debates and discussions about it being actually humorous or blatant bullying. Amidst all this, her video went viral. ‘Top 10 fact’ videos also find immense popularity due to their concise explanations in list form. Here’s an example of “10 Shocking Facts About McDonalds.”

If you’ve scrolled through Facebook, I’m sure you haven’t missed articles about a bunch of teenagers doing daredevil stunts atop high rises and skyscrapers. Although dangerous, such antics cause the viewer to get goosebumps including a feeling of awe. Another great example would be Casey Neistat‘s snowboarding video across NYC during the blizzard.

(If the video doesn’t play, watch on Facebook here)

Humans are curious creatures and strange things will always make us click on a link. Mysterious and sometimes even paranormal content will find its audience when you compile a list of strangest creatures ever found, UFOs spotted in the world and haunted places.

This is a no-brainer, isn’t it? We all live stressful lives and something that makes us laugh – no matter how stupid it is – makes it shareable. That is a reason why vines & short clips have become so popular in recent times – they provide humorous content in a short period of time. ‘Memes‘ have also become all the rage & the most viral memes could literally be about anything. Here’s the most recent one at the time of writing.

Just something unique, something that has not been done before has a novelty factor which creates a viral sensation. Anything that makes the viewer say  ‘wow’ will generate a lot of viewership. A good example is Jesse Wellens’ (and Casey Neistat’s) video of Alladin on the streets of NYC.

I believe this does not need any explanation. 9gag tv is one example of such videos and gets plenty of viewership.

Tips and tricks to do things in life more efficiently and easily are always a hit with the online audience. Lifehacker.com is a website dedicated to such life hacks in health, tech, productivity etc. The youtube channel CrazyRussianHacker has some great videos about cool hacks and science experiments too which regularly end up on Youtube‘s trending page.

Who can ignore all the parodies on youtube? They’ve made it all, including the parodies of Taylor Swift, Justin Bieber, the list goes on. In fact, what made ‘Gangnam Style’ (the ultimate viral video) and ‘Harlem Shake’ the contagious sensation they became were mainly the dance moves and style that could be parodied in various forms.

Any video or article which manages to make the viewer go “aww” (yes, that’s the benchmark, the “aww”) is sure to be shared wildly. The quintessential panda rolling around video or the most adorable babies on the planet, there’s no end to the cuteness and we’re definitely not complaining! Also, cat videos.

If you have more ideas about the types of content and videos that go viral, do let me know in the comments below!