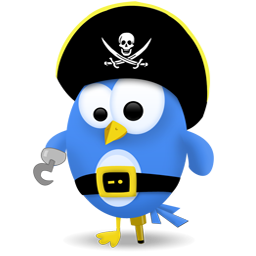 Our tweeting experience is incomplete without retweeting. Everybody loves to retweet. As @Flipbooks said, “If you ain’t retweeting, you ain’t tweeting!” So true.

I’ve noticed that on twitter, there are 6 different kinds of retweets. See if you fall in any of these categories!

This is the retweet you do for a friend. I’m sure you get DMs requesting you to RT a certain article. I receive such DM requests too and I make sure to retweet them only if they are from a friend. I don’t appreciate DM requests from people who 1) I’ve never talked to on twitter and those who never interact with me 2) also if I don’t like/agree with the content and 3) the content is copied/unoriginal.

Some users like to retweet using the RT button – which is great when the tweet is too long and you want to keep the twitter handles in the tweet intact. But personally, I think the old school RT is the way to go, primarily because you can add comments to it. But if at all you don’t want to add anything to the tweet, using the retweet button is okay 🙂 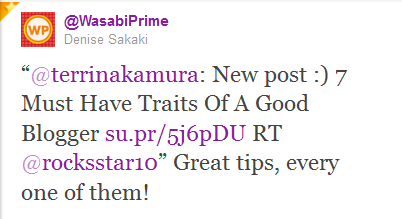 Like I mentioned before, some users like to add comments to a tweet which is awesome because by doing that you are sending feedback to the original poster whether you liked or disliked the content. This proves to be very helpful to the original tweeter, but make sure it is constructive criticism, if any. Also, you can edit tweets to fit into 140 characters along with your own opinion to it. Old style RTs also help in initiating conversations and discussions. Which style do you prefer?

4. The ‘Retweet because the title sounds awesome’

I’m sure many of us have RT-ed a link tweet without even checking it out, just because the title sounds good and interesting. When you are tweeting from phone, you happen to  retweet a tweet or two without reading the actual post. Have you ever retweeted a link without reading the article? I have to admit, I have retweeted blindly sometimes.

This kind of tweet can get slightly annoying (I mute such users from my twitter app, tee hee!). Such users like to retweet every single ‘promotional’ tweet or #followfriday tweet they receive. Hence, their timeline looks spammy. Too much of it and you will get unfollowed.

Some users like to RT the tweet to which they are replying to. I see a lot of such tweets but I don’t see the reason why you should do it. Because everybody sees the tweet which is actually supposed to be a conversation between two (or more) people. Hence it fills up your followers’ timeline with many useless tweets.

So there, these were some of the types of retweets I found. Do you have more to add? Which one of these retweets do you send out? Share with me in the comments!