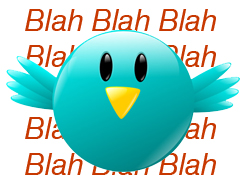 I’m excited to present the first guest post on The Nicky Blog written by Sunil Jain! 🙂 More details about the writer at the end of the post. Enjoy!

Twitter, one of the strongest social networking media sites any social media geek must know about. This Micro-Blogging platform gives its users the facility to express themselves in 140 characters and few Tweeters like @Flipbooks, @AskAaronLee and many more utilize it efficiently and few of them doesn’t still got a clue about the extent of its effectiveness.

If we utilize the Twitter efficiently then our followers would find it hard to unfollow or ignore us. When it comes to tweeting make sure you are aware of the 10 Traits of Terrific Tweeters.

Twitter being a large network of tweeters, you are sure to come across many users who tend to chat too much with their followers and use it as an IM. This way you can have your beloved followers to stick with you, but most of the time your followers also check on to know more about the quality of your tweets.

Even an efficient Twitter user, sometimes overdo it when he interacts with his/her followers too much and fills the timeline with all their conversations.  This may tend to unfollow that Tweeter, even though we know that there are some quality tweets in their profile.

So here are 4 Chrome Twitter Extensions to mute any Twitter user, wherein you can ignore their tweets without unfollowing them. 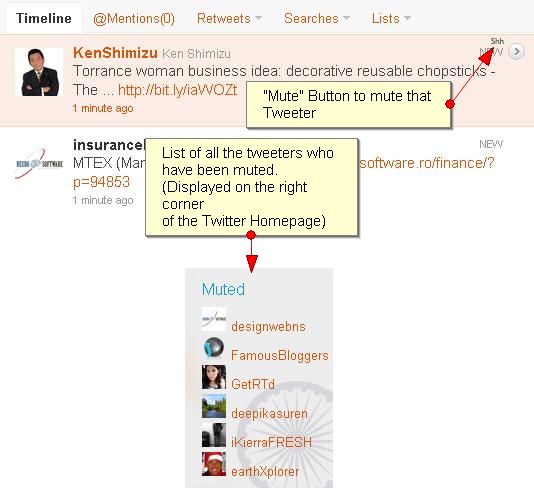 As the name itself suggest, it is a muting chrome extension which works only on Twitter.com. The main reason for using this extension would be that it creates a list of all tweeters whom you have muted so that later you can unmute them. 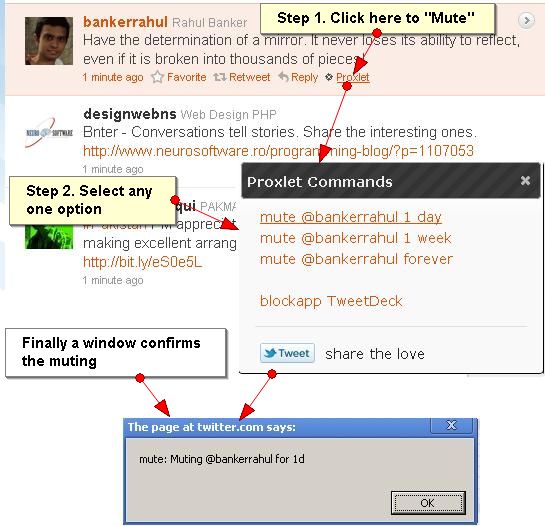 Proxlet Chrome Extension not only mutes the individual tweeter but also mutes the tweeters based on the #tags and application, this sounds interesting isn’t it? 😉  Another good thing about this method is that it also allows you to block the unwanted Foursquare check-ins.

Note: Currently there is no option to unmute, but a ‘clear mute’ option is sure on the add list of the developers, so use this extension carefully.

PBTweet is a fully featured Twitter extension which is more efficient and effective than any Twitter desktop client. This twitter chrome extension also allows muting a tweeter as shown above.

This is a very small twitter extension with basic Tweeting features. It can also be used to mute an individual Tweeter and unmute them as shown above.

So now you are with more ideas of following up your favourite profiles with muting and unmuting options made for you. For still more information about more of Twitter using Chrome have a read here =>Top 40+ Twitterrific Google Chrome Extensions.