5 Reasons Why Tumblr Is Awesome 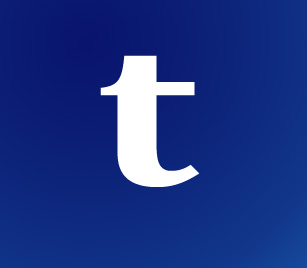 Now, now, did I hear you say something? Not another social networking site, you say? That’s what I said too, when I was initially not too sure about joining tumblr. We already have a lot of social networking sites that take up most of our time. Twitter, Facebook, LinkedIn, Google+, Foursquare and more. But ever since I joined Tumblr, it has been the most fun social networking + microblogging site I’ve ever used.

So basically, tumblr is a micro blogging platform in which you can post your original photos, text, audio posts, videos, links, quotes, or you can ‘reblog’ or ‘Like’ others’ content too. Moreover, in June of 2011, Tumblr surpassed WordPress in total number of blogs breaking through the 20 million mark. So what makes it different from the others?

1. Tumblr is FUN. Firstly, tumblr is the place where you’ll find the funniest photos, GIF images, videos, and audio posts, memes, and trust me when I say this, you’ll be literally rolling on the floor laughing. After all, life is too short to be serious all the time, right? We all need a good laugh and for that, tumblr is the place to be. Once you ‘get’ it, you’ll find yourself getting addicted to it soon! Tumblr cannot be a replacement for the all-important Twitter, Facebook, Google+ and others, but it sure can be a sweet dessert after the main course 🙂

2. Similar interests. On Tumblr, you’ll find users who are obsessed about a particular thing, just like you! So if you’re into Fashion, follow Fashion Tumblogs, if you’re a hardcore fan of a celebrity, follow fan tumblogs and so on. From what I’ve noticed, Tumblr is mostly dominated by teenagers but a large number of users (from statistics, more than half of the users) are people in the age group of 13 to 34. Tumblr is a great way to keep yourself updated with what’s the latest in the world of the interwebs.

3. Tumblr is simple. Tumblr is very easy to use. Just sign up, choose your username, choose your blog template and you’re done. Find and follow people with similar interest and blog (or reblog) away! When people reblog you, someone else will reblog them too and hence there are high chances of your content going viral on tumblr. You can even have your custom domain on tumblr and pay to get premium themes just like you would do for your WordPress or Blogspot blog. Tumblr is perfect for those who want to blog but don’t want to write extensive and long articles. And what more, tumblr can be an excellent photoblog!

4. Brands on Tumblr.  Tumblr is not only fun but informative too.  Many of the top brands have taken to tumblr to grow their audience. Mashable ,  The HuffingTonPost , The Economist  are all using tumblr fabulously well!

So I believe Tumblr is a great way to relax and unwind. A good laugh, a deep and inspiring quote, a great perfectly timed photograph can make your day! What do you think? Are you on tumblr? What’s your experience of using it? Let me know in the comments 🙂 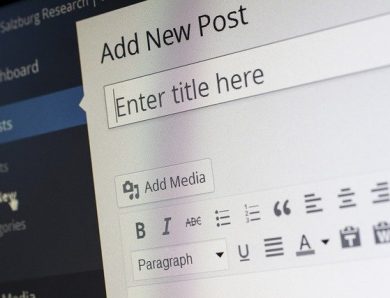