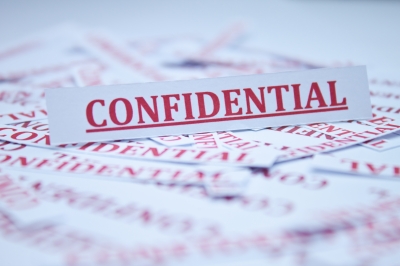 People constantly say that it is important to be personal on social networking sites. Social media is about communication. What makes twitter likeable is that people tweet a lot of personal things all day and hence we get to know the person better. But how personal should you be on twitter? Well, there is a certain limit to it. Some people find that they can update more personal things of their life on Facebook, since they control who can see it, and their friends include family members too. On twitter, it won’t be wrong to say that – the whole world can read it (Not applicable if your account is private). I saw some tweets in my timeline which, for your own safety, you should avoid tweeting. That triggered this post which will try to throw light on – how much personal info is too much? So here are a few things you should not tweet about on twitter.

As I mentioned, there should be a limit to what you share on Social media. We should not forget the fact that there’s a difference between being personal and confidential. On twitter, avoid sharing your:

1. Phone number: Since every tweet of yours is visible to everyone, stay away from sharing your phone number with anyone in the public timeline. Even after you delete such tweets, the data could be searched by anyone and stored.

2. Address: This one’s a biggie because you might not want to have your house looted while you’re on vacation with your “Off to Hawaii” tweet. Avoid sharing your address publicly and only if required, share it with people you can genuinely trust, privately through other mediums.

3. Important details  – Details such as passport number/credit card number/bank account number. Revealing such financial details can get you into trouble. I have seen people tweet photos of them heading off to a holiday, tagging along pictures of their passport, and unknowingly giving away a lot of their private data. Be careful!

4. Personal photos: Limit sharing of very personal photos like – pictures of your parents/family, your kids, and also, your own. Some things are not meant to be shared with strangers who follow you. Such photos – especially the ones of your kids – can be taken advantage of. As much as possible, avoid sharing such photos on twitter.

5. Personal arguments: Sure, twitter asks you “What’s happening?” but that doesn’t mean that you should update all your followers about the fight you had with your spouse last night. Some things are meant to be kept private and this is definitely one of them.

6. Your daily schedules: Don’t tweet your day-to-day schedules on twitter. If you tweet the timings when you head to office and return home everyday, your followers will know what time you’re not at home, leading to obvious potential dangers.

Finally, try to keep a balance in your tweets. Be personal in a way that you’re not revealing too much. Tweet wisely!